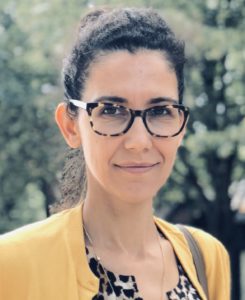 Katina joined the Government Affairs Institute in February 2008 as Educational Programs Coordinator. Over the course of the eleven years that she has been with GAI, Katina has taken on many different responsibilities by advancing to her current roles as the Director of the Certificate in Legislative Studies program and a Fellow position that is part of the core teaching faculty at the Institute. In her teaching capacity, she focuses and specializes in congressional intelligence oversight and national security issues. She has led and conducted numerous tailored courses on Capitol Hill for senior NSA officials and additionally teaches a research seminar on Congress and Intelligence Policy as part of the certificate program curriculum.

She also closely works with and supports the Director and Senior Fellows at GAI and contributes articles to GAI’s newsletter and blog. She has MA degree in international relations and BA degree in psychology.

Women’s representation has made significant gains in politics. Women are major contenders for the Presidency and are increasingly winning office at the national, state, and local levels. Women comprising a quarter of Congress may be small in an absolute sense, but it is truly historic. Yet within the legislative branch, that influence is not felt

In Search of Good Intelligence Oversight

After a moment of pomp and circumstance to accompany the swearing-in of the new Congress, the 116th Congress quickly pivoted to the less glamorous work of legislating. The most immediate concern for Democrats, who now control the House of Representatives, is to end a partial government shutdown that has dragged on for